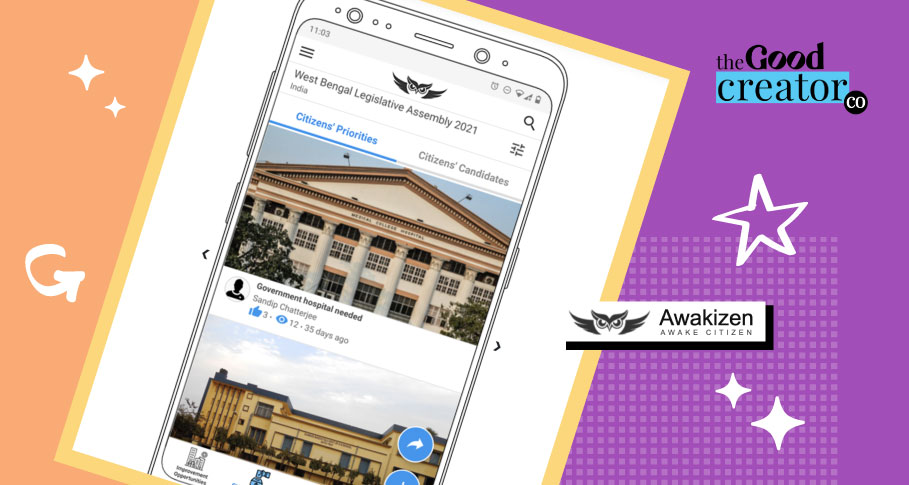 Awakizen collaborated with Good Creator Co. to drive app installs. Executed in three phases across three platforms, this campaign garnered a reach of over 1 million and 6000+ app installs, helping Awakizen establish trust and credibility as a brand strengthening democracy.

Strategy: Drafted content depicting Awakizen as the way to strengthen the democracy in the country, thus driving app installs.

Awakizen has created space for itself as a platform to be an ‘Awake citizen.’ As the harbinger of change, leading a movement to strengthen democracy, it was only natural for the strategy of this campaign to revolve around Awakizen’s vision and mission.

With #BeAnAwakeCitizen as the core hashtag in Phase 1, Awakizen witnessed growth in their Twitter and Instagram handle reaching millions, while youtube videos attained an engagement of 77.1k. Notable influencers in phase 1 included Gaurav Thakur, Garima Avtar and Ashish Dawar

Phase 2 had content structured on Youtube and Twitter to receive the highest returns. Reaching lakhs of viewers while driving consistent app installs, this phase witnessed the creativity of Parcham classes, and Fact Bhai to name a few. While Phase 3 included prominent influencers like Yuvraj Dua, Jay Kapoor, and MaskOn Ranka driving maximum traffic through selected platforms. The highlight moment was witnessed with Twitter impressions reaching over 14 million

Your brand deserves the best marketing and together we can make it happen. Say ‘Yes’ to Growth and Talk to us