How Neeman’s turned to the Good Creator Co. to establish brand recall and website traffic 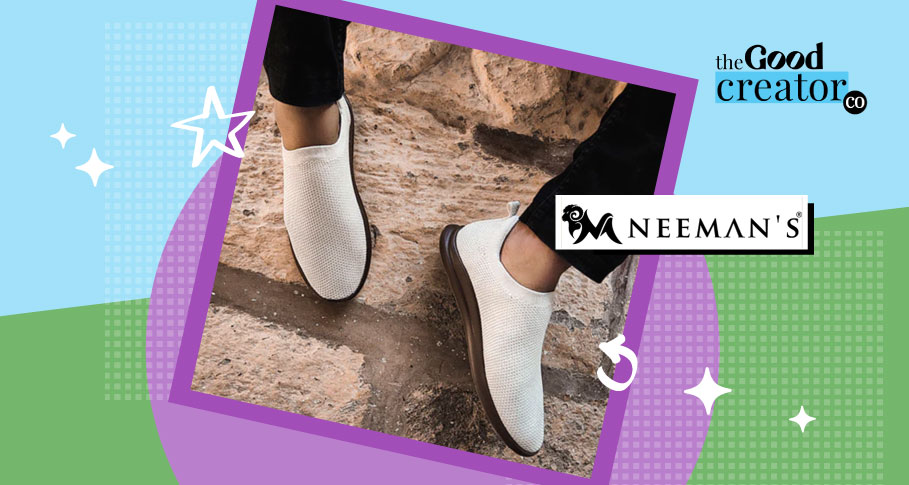 With the mission of establishing Neeman’s brand recall and driving traffic to their website, Neeman’s turned to the Good Creator Co. for launching a campaign that would build top-of-the-mind consideration for Neeman’s footwear.

Made with renewable, natural and sustainable materials fibres, Neeman’s are designed to be one’s most comfortable footwear. Keeping their vision and mission a priority, our experts devised a strategy that helped achieve desired results. The campaign unfolded in 2 phases on 2 platforms – Instagram and youtube. Each phase witnessed exceptional performance and hyped creativity.

Notable influencers like Heli Ved got her audience engaged with a giveaway and reached 64,300 on Instagram and 77,000 on YouTube. While Sarah Sarosh turned heads with an innovative idea to style 4 different outfits with a single pair of Neeman’s from day to night, garnering a reach of 240,000 on YouTube and 46,000 on Instagram.

Aakash Malhotra crafted cinematic and serene clips of his Neeman’s shoes which he had used while travelling to Lakshadweep Islands and had integrated this into his Vlog series and had 114 people directed to the Neeman’s website and had a total reach of 10,700 viewers.

Phase 2 witnessed unique content by prominent influencers like Shivam Sharma reaching  118k, Yavhi Chavan reaching 26k. This campaign had a lot of aesthetic content pieces from creators across different niches which had a total reach of 180K+ and an engagement of upwards of 6%

Top hashtags included #wearneemans and  #changethenorm which garnered a reach of upto 200k. The highlight remains the sentiment score in each campaign ranging 95.5% to 100%

Result: Together Neeman’s and the Good Creator Co strengthened brand love and identity for Neeman’s

Influencer marketing has the potential of connecting your brand with millions. With the right strategy and execution, you can launch your next viral campaign too. How? Get in touch and we’ll help you out!