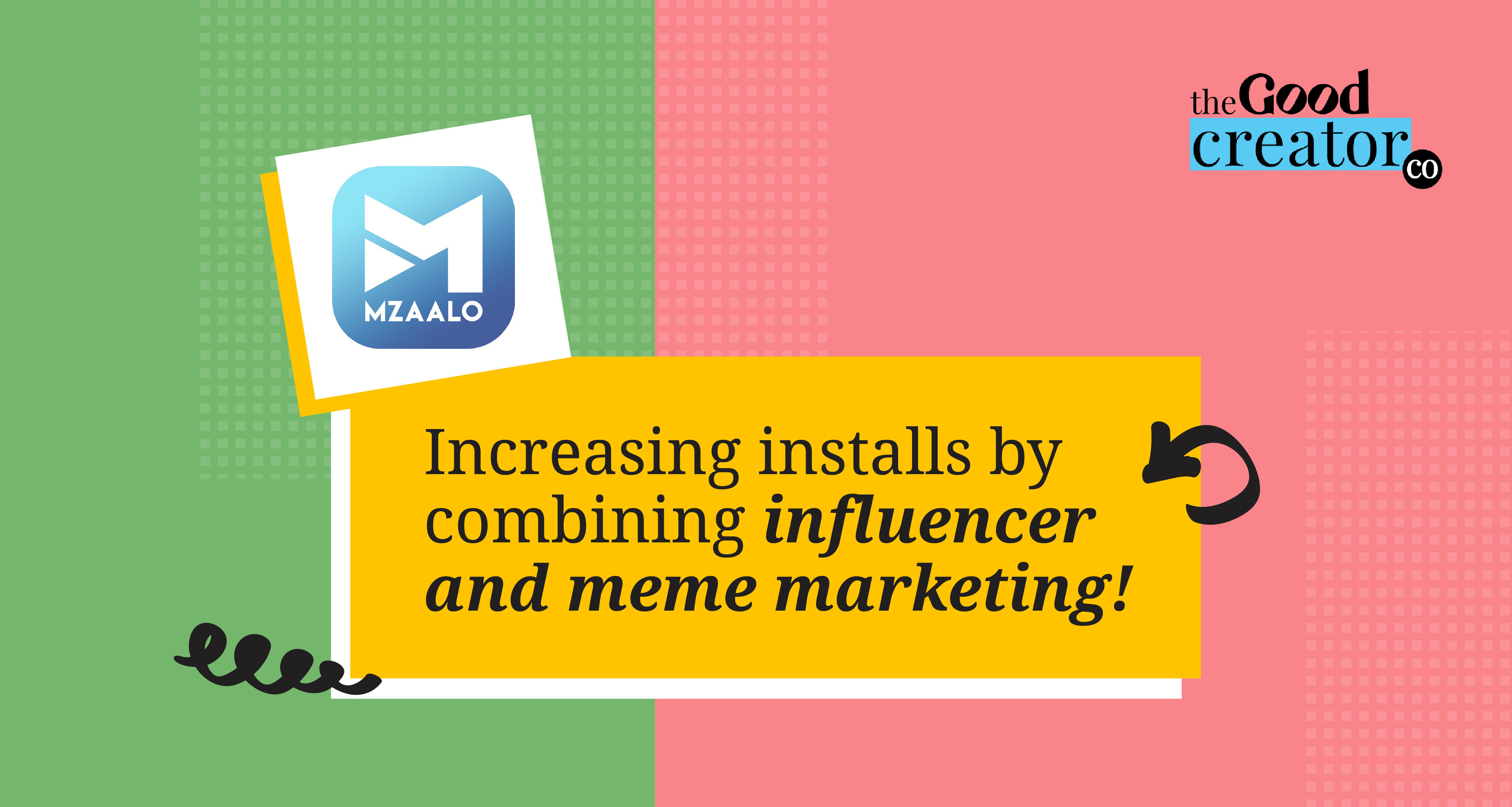 Mzaalo, an online advertising company targeted Tier 2 and 3 audiences by generating brand awareness. Let’s have a look at how Mzaalo, was able to achieve it via Influencer Marketing.

Objective: To generate brand awareness about the platform and drive the increase in app installs

Mzaalo is an ad-supported video-on-demand platform that compensates users for watching and engaging with content. It provides access to the latest premium music videos, films, web series, and TV shows, as well as a plethora of user-generated material and games and in return, the site pays users for their participation and involvement.

The brand teamed up with Good Creator Co. to spread brand awareness about their platform amongst specific demographics, that is, Tier 2 and Tier 3 audiences. The ultimate goal was to promote the brand to its target audience, convert them, and raise app install rates.

Strategy: Combining Memes with Niche Macro-Influencers to amplify the reach of content created.

Based on these results, two macro-Influencers with entertaining content were onboarded. They were chosen to create two Instagram swipe-up stories for the campaign. Both of the influencers nominated had an audience of more than 1 million followers. This was in order to maximize reach. Tier 2 and 3 cities accounted for a sizable portion of their followers.

Considering the increasing popularity of memes, 5 macro-Influencers meme pages were onboarded to heighten the reach of the content, further. The material created was then magnified by encouraging people to re-share it as their stories and repeat the CTA of swiping up and installing the app on 5 meme pages.

This worked out in favor, the campaign’s impact was increased by starting with macro-influencers and then amplification of the same information through meme pages.